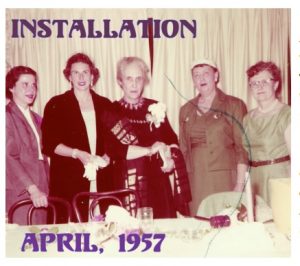 Since we could not yet meet in person, we held a virtual end-of-year celebration that   installed the next year’s slate of officers and standing committee chairs. Click here to view a recording of the meeting.

Those Interest Group leaders who during the pandemic still were able to meet with their entire group were honored with written statements from their members.  Breakout sessions allowed for some informal chat, and we concluded with a touching video (click here to view:  A Stroll Down Memory Lane with AAUW Nevada County Branch) of member activities created by Bernadette Sylvester, and a special acknowledgement to long-time Board Member Shirley Zeff, who ls taking a much-deserved break.

The winning ticket was drawn by the quiltmaker herself, Virginia Kingston, whose grandson Michael Miller, won. The raffle netted approximately $1,400, a whopping success by any standard. Thank you very much, Operations Chair Barbara Johnson, for overseeing it and thank you, Virginia, for donating this lovingly crafted artwork.

A recording of this meeting can be viewed by clicking:

Three presenters explained the  types of elder abuse, including abandonment, financial abuse, isolation, neglect, physical and psychological abuse, and the resources to address those issues. The speakers were Kelly Carpenter, Mary McClain, and Ilene Klein.

Kelly Carpenter – Program Manager for Adult Services in Nevada County. Kelly has a master’s in health administration/gerontology and has worked for the County in Adult Services for 14 years. The Adult Services Department has four programs to support our seniors and people living with disabilities: Adult Protective Services, In-Home Support Services, Senior Outreach Nurse Program, and Public Guardian. The mission of Adult Services is opening doors, building community, and being of service to County citizens needing social, eligibility or employment training services. In her personal life, Kelly enjoys spending time with her two daughters Emily and Molly, working in her flower garden, hikes in the canyon, yoga, and being a faithful servant to her cat Thomas.

Mary McClain, Licensed Clinical Social Worker and AAUW Member Mary has worked 8 years with Hospice of the Foothills and 10 years currently with Sierra Nevada Home Care, a department of Sierra Nevada Memorial Hospital. She has been visiting patients and families in their homes for 18 years. Currently, people who have been referred by a physician for in-home skilled visits by a nurse, physical or occupational or speech therapist may also be referred to Mary in her role as a medical social worker. She helps in the broad areas of resource referrals, planning and advance directives, and with coping. In the course of this work, Mary reports and interacts frequently with Adult Protective Services on concerns for elder abuse and self-neglect. Ilene Klein–Global Cybersecurity Coordinator & Jamie Reeves–SR Manager – EDUCAUSE. Ilene is a Global Cybersecurity Coordinator for Cybercrime Support Network and Arizona Terrorism Information Center. For over 20 years Ilene has been educating others on security surrounding our technology which we have increasingly adapted into our everyday lives. She has earned multiple awards for fighting on the “front lines” of cybersecurity. In her presentation she will talk about cybersecurity, and how it has become part of elder abuse conversations because of scams designed to target our seniors. Ilene comes to us through Jamie Reeves, a Grass Valley native who currently lives in GV with her family. Jamie is a Senior Product and Portfolio Manager for EDUCAUSE whose mission is advancing higher education through the use of technology.

Nevada County Branch President on KVMR’s ‘Sages Among Us’: Have a listen! 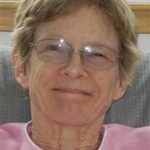 Our President, Katherine “Bup” Greenwood, was the featured guest on KVMR’s “The Sages Among Us”, on Wednesday, March 31. The program, which airs weekly from 6:30-7pm, showcases individuals who contribute to the betterment of their communities and engage others in the cause. It also takes a very personal glimpse into who these people are and why they give so passionately.
Here is a link to the podcast of the show:
KVMR Sages Among Us: Bup Greenwood

Educate Her: Empowering Girls in India

Local author and founder of The Living Wild Project, Alicia Funk, traveled to India with her daughter, Annabella, in January of 2020, for a trip organized by WomenServe, an organization that supports the education of women and girls in Rajasthan, India. Part tourist exploration and part volunteer work, the two women had stories to tell. Alicia from her home in Nevada City, and her daughter, who joined us from the UK courtesy of Zoom, presented their experiences with WomenServe and their experiences in India. This mother/daughter team provided a glimpse into the lives of women and girls in Rajasthan, India, and the challenge in obtaining sufficient water for their families.

Alicia’s slide presentation described this water-supply problem and how girls are often prevented from attending school by having to carry water from sources far distant from their homes.  Annabella complemented Alicia’s presentation with a short film she produced, also focusing on the girls and women of
Rajthasthan.  In working with WomenServe, Alicia and her daugher Annabella participated in a project wherein a water storage unit was constructed for a family freeing up the girls in that family to attend school. The program imparted the lasting difference organizations like WomenServe and women like themselves can make and continue to make.

Violence, a serious issue in normal times, has been exacerbated by the pandemic. This forum, which occurred on Jan 30, 9:30-11:30 AM,  sought to  elucidate the ways in which it can occur and the resources available to combat it. The forum was made possible through the support of the Nevada County Media.  View the recorded  forum video by clicking here.  For information on what to do when you are concerned for someone you suspected may be a victim of domestic violence, go to the Community Beyond Violence website: : https://redcarpetball.wixsite.com/cbvmain/for-family-friends  .

Jointly hosted and planned with Community Beyond Violence, work began more than a year ago. Carolyn Feuille, 2019-20 Public Policy Chair, and ‘her team began in conjunction with CBV staff in the Fall of 2019. But due to Covid restrictions, the original live forum, scheduled April 2020, had to be  been re-imagined as a virtual presentation. AAUW members on the planning team included: Chris Casey, Joan De-Marce Rutledge, and Deborah York.

Stephanie Fischer (key speaker) is  the Executive Director at Community Beyond Violence (formerly DVSAC), whose mission is to offer resources for building healthy relationships and to work with community partners to provide services for healing the effects of interpersonal violence. Community Beyond Violence has been providing services to victims of violence and their families in Western Nevada County since 1978. Stephanie is a certified self-defense instructor and is passionate about serving this community.

A panel of presenters include: 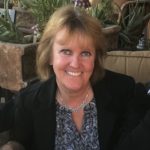 Janet Stegman, survivor and author of Sandcastles: Tools for Letting Go of Addiction and the Pain of the Past

A Statement from National AAUW on the

On Wednesday, January 6, 2021, we watched as the President of the United States incited a mob to march on the Capitol to attempt to overturn the results of an election he lost eight weeks ago. We watched in horror as that mob of white nationalists stormed the U.S. Capitol building. And we watched as they tried, and failed, to subvert our democracy, leaving a trail of wreckage and terror in their wake.

This was not the beginning. This was an inflection point in years of hate and division incited by a President who does not care about our country or its people, but only about himself. He has stoked racism, sexism, antisemitism, Islamophobia, ableism, xenophobia, toxic masculinity, and more — allowing those who share his beliefs to come out in the open and act without fear of repercussions and wreak havoc on the seat of democracy. The failed insurrection at the Capitol this week was shocking, but not without warning. {click here for the full text.] 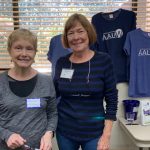 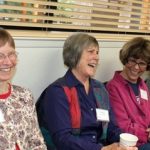 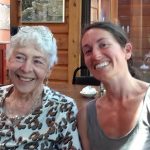 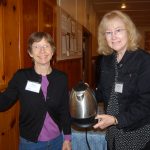 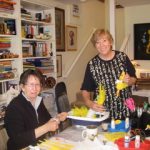 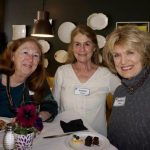 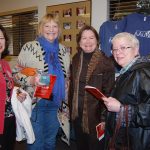 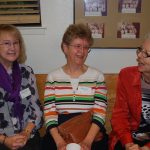 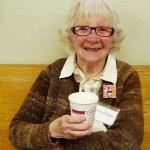 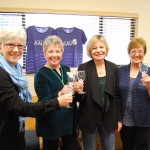 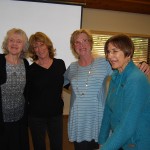 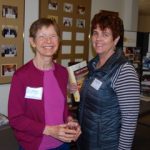 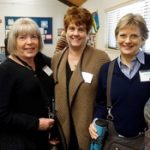